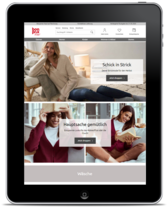 Following a very challenging first half of the 2020/21 fiscal year (beginning on March 1, 2020), the international fashion company bonprix is currently reporting pleasing sales performance. The slump in sales in the first quarter of the current fiscal year caused by the global corona pandemic has already been increasingly compensated for since June. Thanks to the successful strategic management of its market and product portfolio, the Otto Group company was able to end the first half of the fiscal year only slightly below the previous year's level, with a 3.6 percent drop in revenues and a secured positive return, even under the difficult conditions of recent months, especially in the textile sector. September, the first month of the second half of the fiscal year, ended very well overall with double-digit growth in Germany and in several international markets, underpinning the upward trend.

"Shortly after the start of fiscal year 2020/21, we were confronted with major challenges, as was the entire market. The global corona pandemic caused a sharp drop in demand and sales in some countries, especially in March and April. The fashion industry was particularly affected by this. Thanks to a large number of immediate sales measures and changes in services, we were able to compensate for this decline with positive effects and convince numerous new customers of bonprix. The current, noticeable shift from offline to online shopping had a supportive effect," comments Dr. Kai Heck, Executive Director and Head of Finance at bonprix, on the current business results.

Overall, the first half of the fiscal year presents a heterogeneous picture in the 30 countries in which bonprix is active. Adapted market and product strategies, positive effects of the so-called turbo-digitalization in markets with a weaker online affinity to date and catch-up effects after the lockdown phases have already led to very pleasing growth in some markets in recent months: Italy, for example, recorded double-digit growth, while in Poland, France, the Netherlands and Switzerland bonprix recorded a good single-digit increase in sales in each case.

In the German domestic market, despite the upward trend since June, the previous year's level was not yet reached on a cumulative basis at the end of the first half of the year, but the positive start to the second half of the fiscal year was accompanied by a very pleasing double-digit year-on-year increase in sales for the month of September.

Business developments in the USA and Russia are characterized by difficult market conditions: The American brand VENUS, with a strong focus on beachwear, had to contend with increased reluctance to buy as a result of the Corona pandemic, coupled with high competitive pressure. Earnings in Russia were impacted by the weak rouble exchange rate. These effects overshadowed the progress made in both countries, particularly in driving forward the digital transformation in the American market and expanding sales activities in Russia, and led to a year-on-year decline in the first half of the fiscal year.

Changing and, in many areas, growing customer demand is also reflected in the sales development of the product ranges. The reorientation of the working and living environment of many consumers against the backdrop of the corona pandemic has implications for their fashion needs. In recent months, "smart casual" segments with comfortable clothing for the home office and leisure time have been in particular demand. The lingerie, children's fashion, sports and living segments were also in the focus of request, with double-digit growth over the previous year. In contrast, fewer purchases were made of classic business looks and swimwear, for example.

"Overall, we are very satisfied with the way in which we have been able to end this challenging first half of the 2020/21 fiscal year thanks to successful crisis management, an agile way of working and adapted offers and services for our customers," says Dr Richard Gottwald, Chairman of the Executive Board and responsible for the company’s overall foreign sales, summarizing the current developments at bonprix and emphasizing: "The health and safety of our customers, employees and business partners has always been and continues to be our top priority.”

Richard Gottwald believes that bonprix's business model is well positioned for the current second half of the financial year, with the advantages of its diverse product range and broad international portfolio: "bonprix has demonstrated its capabilities in recent months, and my sincere thanks go to our dedicated team. Not only have we mastered stormy times, we have also succeeded in adapting to the changes in customer behavior and seizing new market opportunities.”

We're happy to send you all the latest bonprix news.

As an internationally successful fashion retailer, bonprix reaches customers in 30 countries. The company, which is part of the Otto Group and based in Hamburg, was established in 1986 and now employs around 4,000 people worldwide. In fiscal year 2020/21 (February 28, 2021), the bonprix Group generated sales of EUR 1.76 billion, making it one of the best-performing businesses within the Otto Group. At bonprix, customers can enjoy fashion and shopping on all channels – online, via catalogue or in the "fashion connet" store in Hamburg. E-commerce accounts for the lion's share of sales with over 88 percent. In Germany, www.bonprix.de is one of the ten highest-grossing online shops and the number two in the fashion sector.* Selling its own brands bpc, bpc selection, BODYFLIRT, RAINBOW and John Baner, bonprix offers customers fashion with an excellent price-performance ratio. The range includes fasion for women, men and children, accessories as well as home and living products. 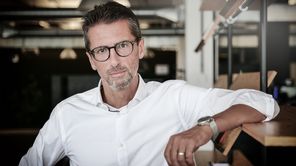 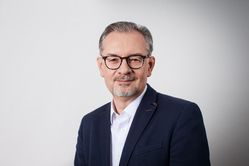