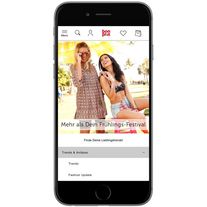 bonprix Handelsgesellschaft mbH, one of the strongest performing companies in the Otto Group, can look back on a good financial year in 2018/19. The vertically integrated and internationally successful fashion brand posted a growth in sales of 3.4 percent over the previous year on a like-for-like basis in its financial statement of

February 28. According to preliminary figures, this means that bonprix has therefore increased its revenues from around EUR 1.56 billion to more than EUR 1.57 billion (IFRS), a slight increase in nominal terms. Eastern European markets like Poland and the Czech Republic in particular have achieved high growth rates. As in the previous year, returns (EBT) are stable within a target range of between three and five percent. bonprix is also looking optimistically towards the current 2019/20 financial year.

This is the 10th year in succession that bonprix has enjoyed profitable growth. “We are delighted about the solid growth and stable returns in the last financial year. The positive trends in many of our high-revenue markets show that we are in a good position with our international business model, even in sometimes challenging underlying conditions,” says Dr. Richard Gottwald, Chairman of the bonprix Handelsgesellschaft mbH Executive Board, commenting on the preliminary figures.

bonprix generates more than 50 percent of its total sales abroad. In the last financial year, Eastern European markets in particular have been major growth drivers. Poland and the Czech Republic each achieved a revenue increase of more than 20 percent, while even the somewhat smaller markets of Romania and Hungary achieved an increase of more than 30 percent each. The company’s performance in the Scandinavian countries was also very promising: the market launch in Norway in 2017 went well, while Sweden has enjoyed double-digit growth rates. The US market is at the previous year’s level and in 2018/19 is also set to achieve sales of well above EUR 250 million. In the last financial year, bonprix has pulled out of Turkey due to lack of economic prospects; the company maintains a presence in Brazil through a franchising concept. In Europe, bonprix continues to focus on systematic concept multiplication in promising global fashion markets and is currently expanding into Spain. The Spanish webshop will go live in the second half of 2019.

IT upgrade in key market of Germany

On the German market, bonprix revenues are slightly lower than the previous year. One of the reasons for this is the long, hot summer, which affected sales in the fashion market in Germany. In addition, due to the technical upgrade of its IT systems, the company did not push revenue-generating activities: “We wanted the introduction of SAP to be as smooth as possible and so we deliberately eased off on marketing and sales-promoting activities during this phase,” says Dr. Kai Heck, Executive Director at bonprix responsible for IT, finance and services. The IT upgrade, which focused in particular on the key market of Germany, was completed very successfully by bonprix last year. “The successful introduction of SAP will enable us to act more quickly and flexibly overall and will allow a more customer-centered approach. This means that we are technologically well equipped to successfully enhance our business model,” says Heck.

As was the case last year, mobile devices continue to drive growth. In Germany, for example, bonprix achieved about 60 percent of its sales in the last reporting period through e-commerce via smartphones and tablets. The share of traffic via these mobile devices is meanwhile just under 75 percent. The app traffic alone has increased by more than 40 percent compared with the previous year. In the meantime, bonprix is active in 12 countries with the shopping app for Android and iOS developed in Hamburg, and reports more than 6.5 million installs.

Number 1 for underwear and swimwear

In respect of product range, the trend and classic collections in the bonprix women’s clothing segment have performed particularly well, with some fashion lines enjoying double digit growth. In the underwear and swimwear categories, the vertical brand has once again demonstrated how strong it is and reported solid growth based on high sales in both product segments in the last fiscal year. It’s not for nothing that bonprix is the No. 1 for underwear and swimwear in the German distance selling segment. [3]

A major priority for the international fashion company is to expand its commitment to sustainability and invest in innovative technologies. Together with business partners from the Netherlands, bonprix established the joint venture CleanDye in 2017, investing in the construction of a factory for waterless dyeing in Vietnam. The factory uses a sustainable dyeing process in which special textiles are dyed with carbon dioxide instead of water. The factory was ceremoniously opened as recently as April 11, 2019 by the Netherlands Minister for Infrastructure and Water Management, Cora van Nieuwenhuizen, and bonprix Executive Director Rien Jansen, who is responsible for purchasing, marketing and retail at the company. The machines are currently being commissioned, dyeing processes are scheduled to begin in late spring and the first products should be available at the end of 2019/early 2020.

Another example of the innovative capacity of bonprix is its radically customer-centric, digitally assisted and adaptive retail concept “fashion connect”. The pilot store that opened in Hamburg’s inner city in February has got off to a great start and is now undergoing continuous development. In line with the omni-channel retail strategy, new features are planned such as the increased use of digital marketing measures, personalized product suggestions, automatic check-in and a successive expansion of payment options.

For the current fiscal 2019/20, bonprix sees itself as in a good position for profitable growth. “We are firmly focused on managing and extending our complex international business model and will continue to follow our chosen path,” promises Dr. Richard Gottwald, Chairman of the Executive Board. In this context, an important linchpin is the systematic customer focus. “What matters to our customers in their everyday lives and what role does and can bonprix play – now and in the future? With this premise in mind, we will also continue to invest in cutting-edge technologies and approaches,” Gottwald concludes.

[1] As of fiscal 2017/18, Otto Group companies that previously had a different financial year-end had their year-end date harmonized to align with the Group’s consolidated financial reporting date of February 28. As a result, in 2017/18 bonprix Handelsgesellschaft mbH recorded a financial year extended by two months in some markets

We're happy to send you all the latest bonprix news.

As an internationally successful fashion retailer, bonprix reaches customers in 30 countries. The company, which is part of the Otto Group and based in Hamburg, was established in 1986 and now employs around 4,000 people worldwide. In fiscal year 2020/21 (February 28, 2021), the bonprix Group generated sales of EUR 1.76 billion, making it one of the best-performing businesses within the Otto Group. At bonprix, customers can enjoy fashion and shopping on all channels – online, via catalogue or in the "fashion connet" store in Hamburg. E-commerce accounts for the lion's share of sales with over 88 percent. In Germany, www.bonprix.de is one of the ten highest-grossing online shops and the number two in the fashion sector.* Selling its own brands bpc, bpc selection, BODYFLIRT, RAINBOW and John Baner, bonprix offers customers fashion with an excellent price-performance ratio. The range includes fasion for women, men and children, accessories as well as home and living products. 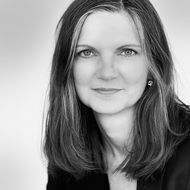 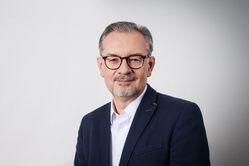 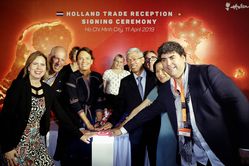 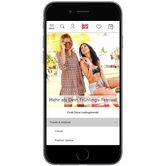